Navigate back to the homepage

Back in 2013, my dad and sister pitched in to buy me a Gaggia Classic home espresso machine for my birthday. I was excited and played around pulling shots using a Hario hand grinder at the time. I didn’t really know what I was doing and didn’t invest the time or money to learn how to do it right. Mostly, I avoided what was surely bad espresso at the time by pouring it over vanilla ice cream to make pretty tasty affogados. A short while later, the machine got put into a closet where it sat, unsued, for years.

Fast forward to a month ago, I finally allowed myself to invest in a proper grinder by putting a Sette 30 on our wedding registry. This began a month of tinkering and learning to finally get to my current setup which is consistently pulling delicious shots of balanced espresso.

My first pulls using the Gaggia + Sette 30 were extremely sour as I was still learning to dial in shots and practicing on a 2-year old bag of stale Intelligentsia Black Cat. No matter what I did, including swapping in a fresh bag of Black Cat, I was still getting mouth-puckeringly sour shots. I had already done the OPV mod to 9-bar (as well as replaced the stock panarello with a Rancilio Silva wand) and was playing around with steam blips and other hacks to get the temperature of the finnicky single-boiler machine up to no avail. Finally, I ordered an Auber PID kit and spent an afternoon installing it. 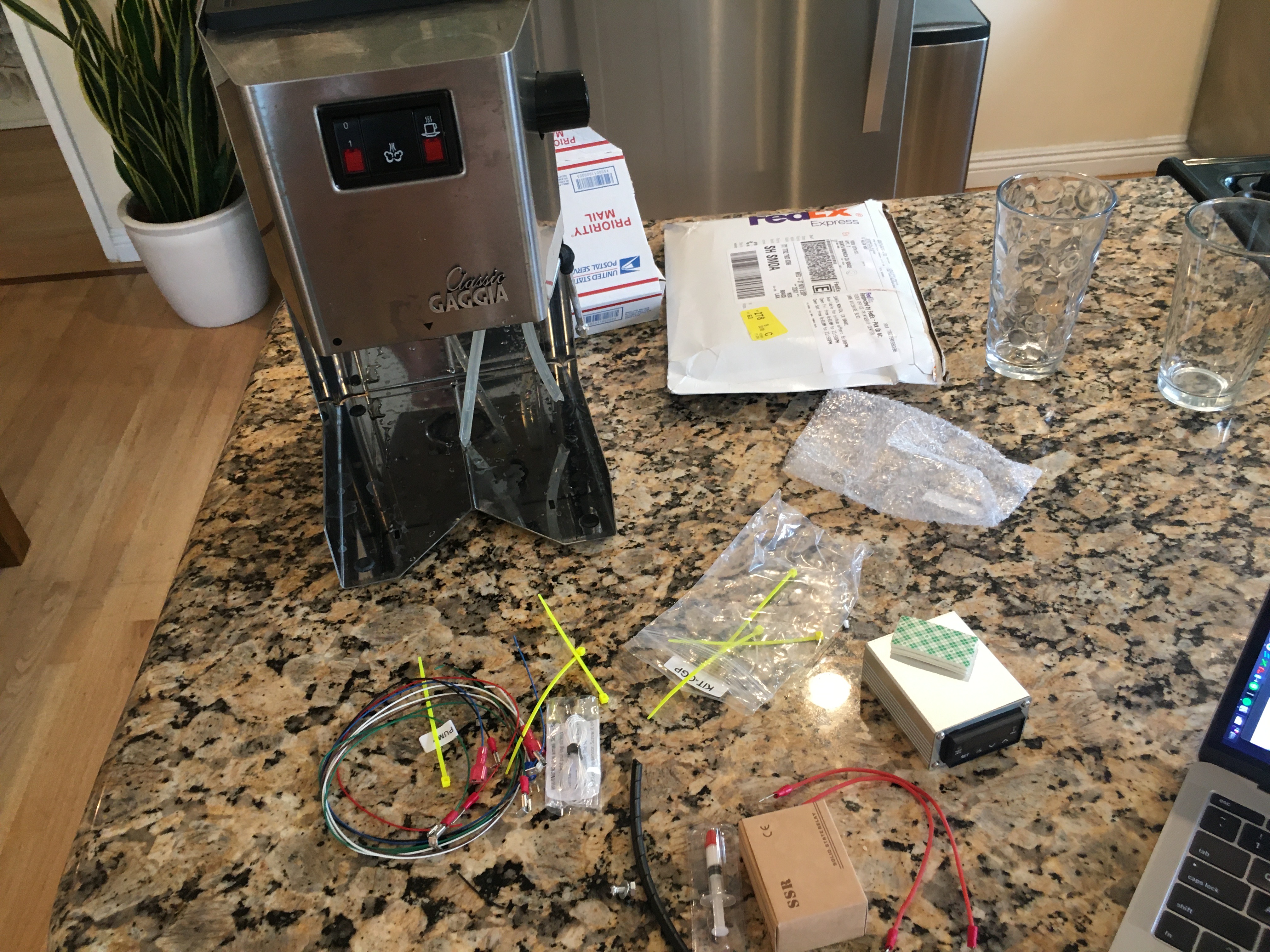 I immediately noticed a big improvement in the flavor of my shots and they became much more tolerable, but still sour. On the Sette, I was stuck somewhere between grind setting 7 and 8 with wild fluctuations between the two grind settings, and started to regret not going with the more expensive Sette 270.

Meanwhile, I went down a research binge and decided to buy some additional upgrades during a black friday sale at Espresso Parts: 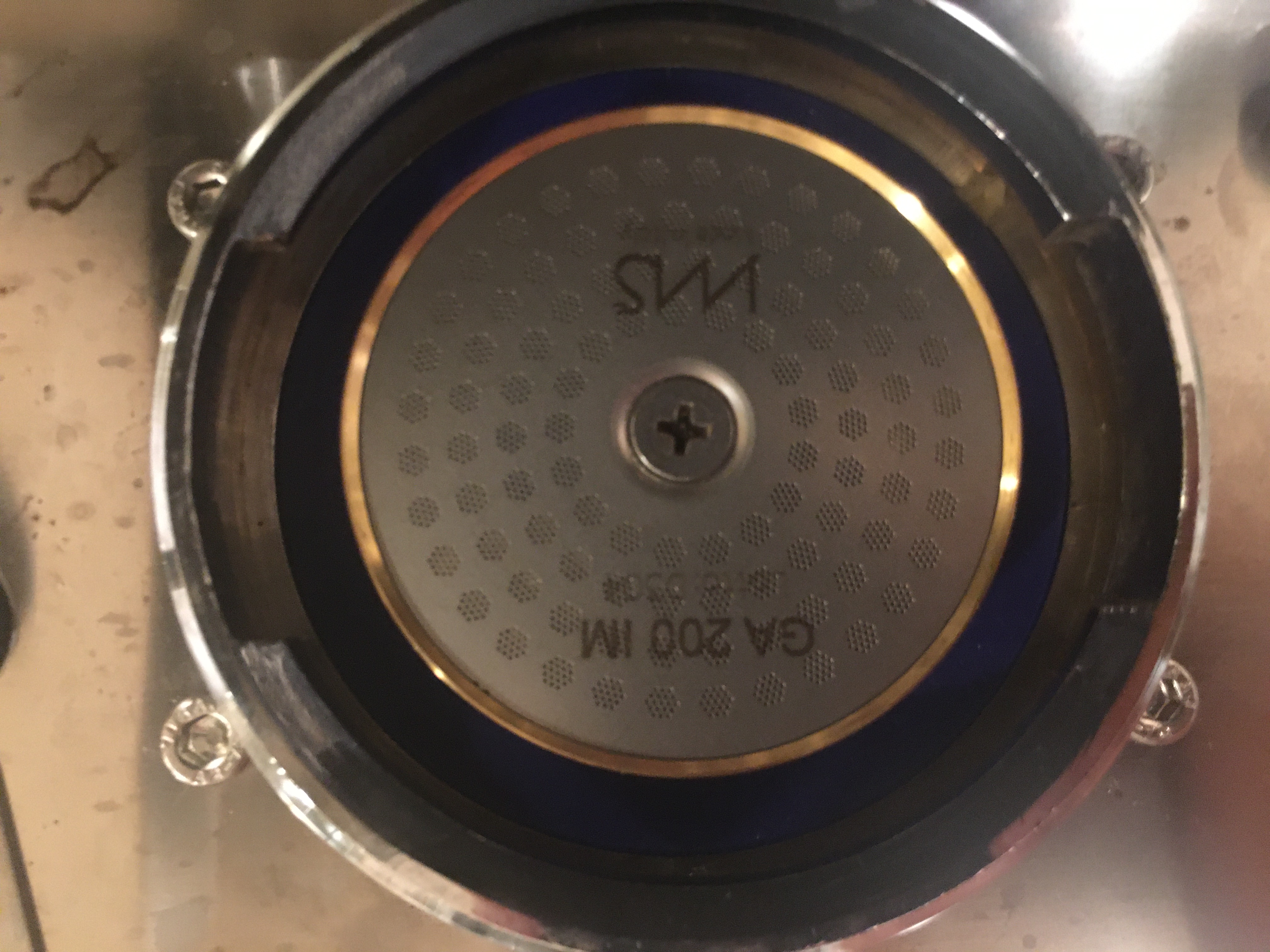 I had an Acaia scale to start since you see it in all the fancy coffee shops, but I found it large, expensive and unnecessary, and returned it for the Hario V60 for 1/5 the cost.

Finally, I returned the Sette 30 and purchased a refurbished Sette 270wi directly from Baratza. Besides the significant improvement in micro adjustments, the 270wi also has weight based grinding and upgraded stainless steel parts compared to the Sette 30. I think the Sette 30 is just too lacking given the range between macro grind settings and while the retail price difference between the 30 and the 270wi is large, the refurbished version cuts that in half.

Overall, it’s been a ton of fun tinkering, upgrading, and configuring this setup to get to a place where I can pull consistent, well balanced doppios at home. I’m generally putting 18g in at 1:2 ratio for 36g pulls in about 26-28 seconds and playing around with that for different beans. From what I’ve read, the Gaggia Classic is well regarded as one of the best entry level home espresso machines, but it does take several adjustments to really get it dialed-in. I also think hard to find a better entry level but capable grinder than a refurbished Sette 270wi. Next up, I’m excited to start playing around with dialing in different espresso beans and comparing extraction notes with La Marzocco’s. Going to go with Stumptown’s Hairbender and La Colombe’s Nizza to start.

Contentful as a headless CMS